I recently assisted a long time GoldMine user/client with their GoldMine sync issues. This client has contacted me many times over the years when things “break” or when something doesn’t work, as in this case with his sync between the GoldMine on his main PC and the GoldMine on his laptop. The issue was that the linked documents and email attachments were not syncing from his main PC to his laptop. After helping him with his sync issue, I discovered that he was consuming a lot of time navigating and browsing for files on his PC and I showed him a much better way of doing what he was attempting to do using Taskbar Shortcuts. I’ll explain in further details how I resolved his sync issue and other time saving shortcuts I setup for him, but before I do, I just want to  express that I wish more GoldMine users would email me or call me not just when things “break” or when something isn’t working, but I wish they would email me to discuss how they use their GoldMine and to see if there are any suggestions I can make to help them work better, smarter and faster. With over 20 years experience in web design, email design, and GoldMine usage/support there is a wealth of knowledge that I’d love to share with clients, but it’s only possible if they ask for help. The same can be said for the other technicians here at First Direct Corp. So I’d encourage anyone who is reading this to contact First Direct Corp. so we can discuss how you are using your GoldMine CRM and what changes/improvements can be made to help you work better, smarter, faster. 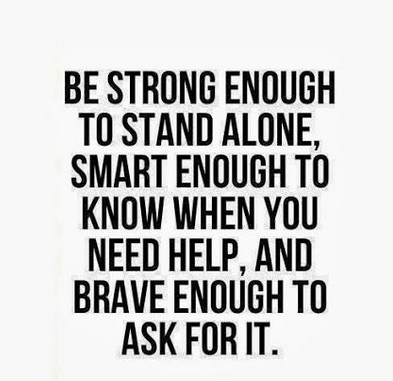 So back to my clients sync issue. There are several settings/options for how you can configure the synchronization of linked documents and email attachments from one GoldMine installation to another. In this clients case he wanted the documents to sync to the same location on both computers. This client has several folders on his Desktop for proposals, contracts, etc. In these folders each client has their own sub-folder that contains their specific documents (contracts, proposals, etc) and then when he needs to email a document to a contact in his GoldMine system he simply browses to that particular clients folder and attaches what document(s) he needs to and emails the contact. When he syncs his GoldMine, he wants those attached document to sync to the same client folder on the Desktop on the other PC.

The problem with his sync was that the Windows login user account was not the same name on both Computers. The “Desktop” is a folder under the C:\users\Windows_Username\  directory, where Windows_Username is the login name used to login to Windows. So the documents were not syncing correctly at all because the paths to the Desktops were not the same.

My suggestion was to save the client documents to a folder in the root of the C:\ instead of saving all these important documents on the Desktop, which is a bad practice in general, and to instead simply move them to a folder on the root of the c drive and create a shortcut to that folder on the desktop. So we created an “Office Files” folder on the root of the C:\ and then moved all his important documents to this folder on both machines and then I ran a SQL Query to globally update every linked document and email attachment path in his GoldMine database to reflect the move/change to the new locations. We tested the sync and sure enough the files that he emailed on the Main PC synced back to the correct location on the laptop.

It was during the process of watching my client attempt to navigate to the different client folders that I realized there was a much better way of doing so. GoldMine has a Taskbar menu at the top of the GoldMine, which can be used to create shortcuts to  GoldMine menu items, shortcuts to applications, and short cuts to folders and websites, etc. What I did for this client was setup a Taskbar menu item that would allow him to simply click a button on his Taskbar that would take him directly to the client sub folder for what ever contact record he was on in GoldMine. This was done by using a GoldMine merge code to pass into the file directory path the name of the Company name of the record in GoldMine. This works as long as the name of the Company in GoldMine matches up exactly with the name of the Client Folder in the C:\. No more wasted time browsing through folders to get to where you need to go. 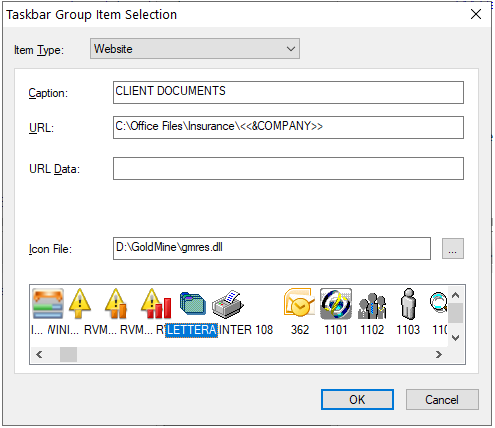